How to Make Pocket Holes WITHOUT a Kreg Jig 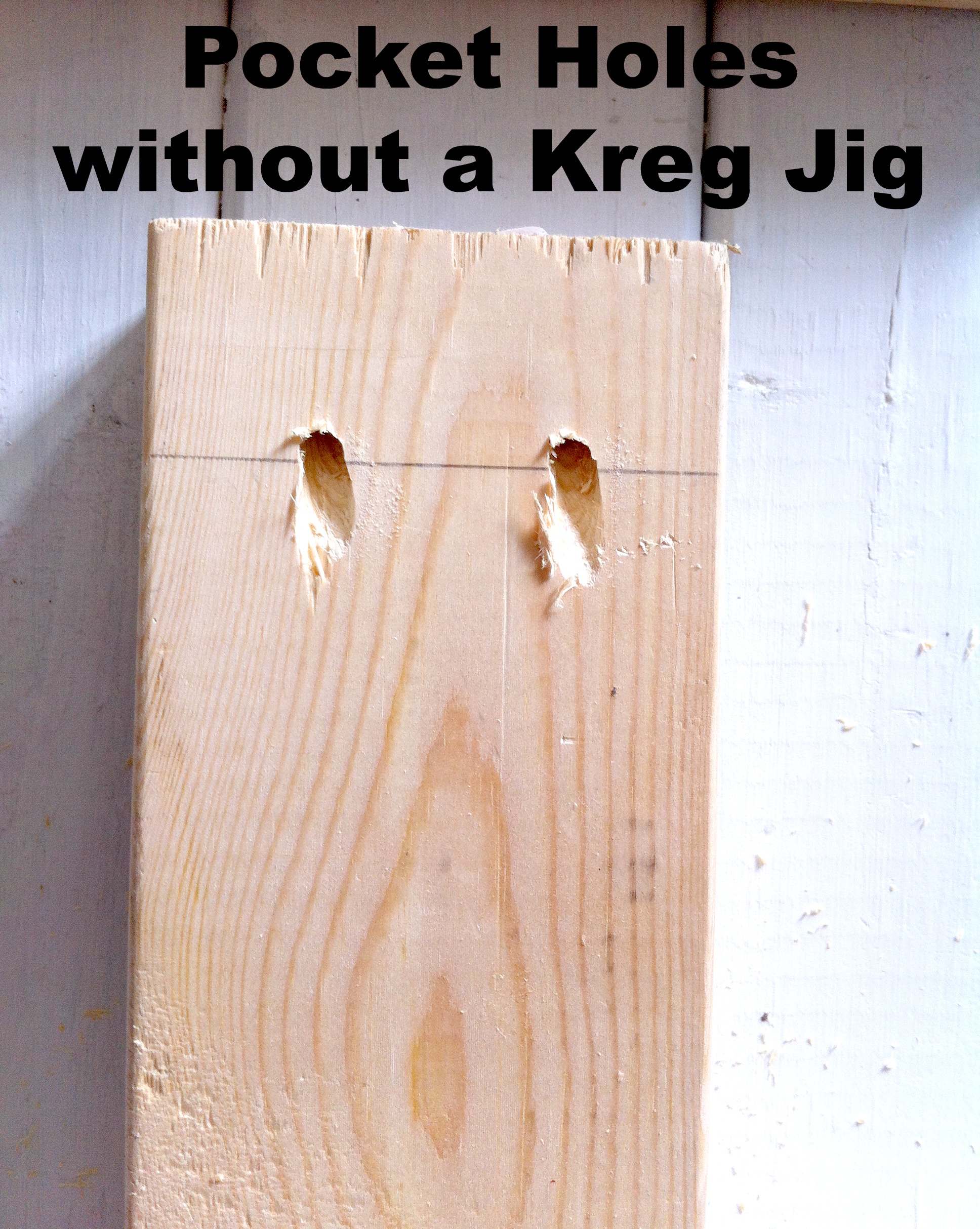 Ever since I mentioned my $30 DIY Kitchen Island on Hometalk.com, several readers have asked how I make pocket holes without a Kreg Jig. It’s possible and anyone can do it. While I am sure it’s handy to have a Kreg Jig, my DIY kitchen island is proof that you don’t need a Kreg Jig to build things.

When I was working on the kitchen island I figured it couldn’t be that difficult to get two bigger holes into a piece of wood. I “played” around for a while and this technique works best for me. There is a great tutorial for this on YouTube as well.

So, if you want to build things but don’t feel like spending money on a Kreg Jig, there is a simple process to making pocket holes. All you need is a drill.

Start by marking off where you want the pocket holes to go.

Drill two pilot holes holding the drill straight. This is an important step. The pilot holes will keep your drill bit from breaking off.

Go back to your pilot hole and as you drill, start moving the drill downward. The drill will lay low and almost touch the wood.You have just created two pocket holes. You can make them as deep and long as you need them.

Take a screw and secure the wood to the other piece.

And there you have it – two pocket holes. It’s pretty easy, don’t you think?