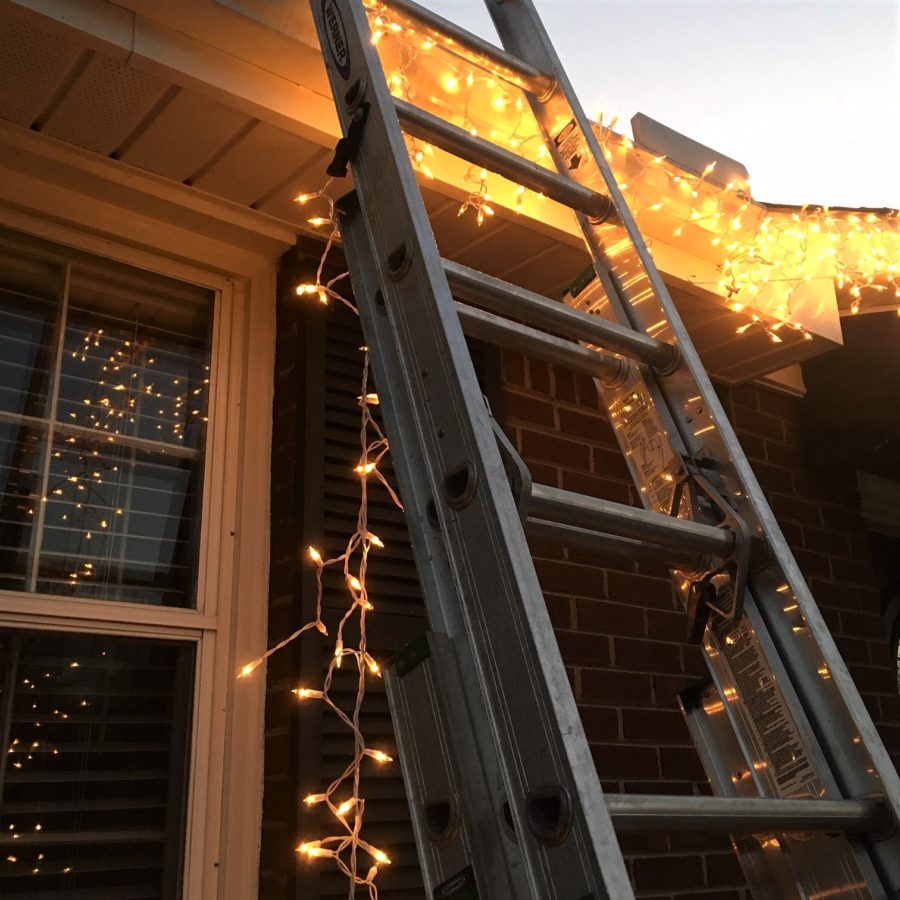 If you don’t like blinking Christmas lights but don’t want to replace the entire string, here’s an easy fix.

Last year, I ran into our local Big Lots and grabbed three boxes of icicle lights for outside decorating. I already had two sets of strings at home. I dragged out the ladder and went to work. Once the lights were hung, I realized the three new sets were blinking, but the old strings weren’t. I bought the wrong boxes. Ugh!

I did test the lights before I hung them to make they work, but the blinking doesn’t start for several minutes after lights are plugged in. Needles to say it looked weird and I was frustrated. No way I was going to take them down and restart. I was cold, tired and cranky after hanging lights for several hours. So I just let them be.

This year, however, I  wanted non-blinking lights on my house without replacing the three light sets I had bought the previous year. Blinking Christmas lights are not my thing. It is such an easy fix and I bet most of you already knew that. But, maybe, just maybe, there is one person out there who didn’t know… hey, I’m glad I could help.

The blinking light string has a few bulbs (mine had three) with a red or silver tip. These are the blinking bulbs. Find them, take them out and replace them with clear, steady bulbs (extra packet of bulbs is always included with the string of lights) that look like the rest on the string. This will stop them from blinking.

Important Tip: Make sure  your Christmas light strand is unplugged before you remove and replace any bulbs.